That's how the story goes. 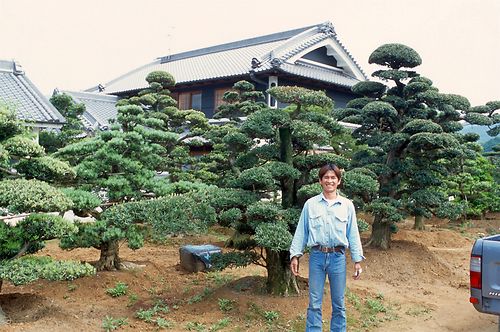 Some time in late October, 1998, I happened to be pruning Podocarps in Asuka, a village in Nara Prefecture, famous for once having been the capital of Japan. I'd been befriended by Futoshi Yoshioka, of Asuka Zoen, whilst working at the Furukawa nursery not far away, over the hills in Osaka. Futoshi invited me over to help with the autumn podocarp clip (Podocarpus macrophyllus, or maki in Japanese) and I spent a few days there. As the sun went down on one particular day, I climbed to the top of my tripod ladder, feeling I'd earned a breather (actually, a fag break - Mild Seven I smoked back then) and had rather a beautiful moment - some might call it an epiphany, but we don't do drama here: poking clear of the maki, the low October sun still warm, I felt how nice it would be to grow my own trees, to have my own nursery, and to be an uekiya, a tree grower, in the Japanese style.

Well, various things have happened since then, many roads travelled, but today was an exciting day - today, more than 18 years later, I felt that that moment had come to fruition. 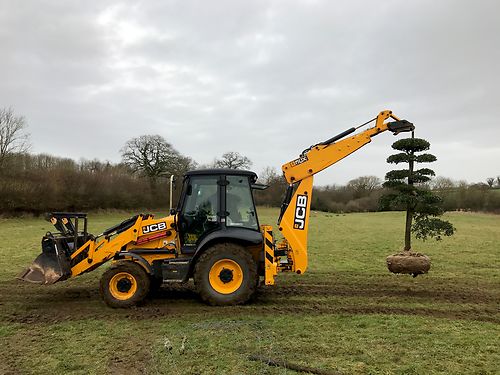 The acorns gathered from the holm oaks in Chichester, germinated in the fridge and grown on into liners before being planted out, were dug up. The Cupressus arizonica, a tree from The Southwestern USA, pruned in the Japanese tamazukuri style, in a field in Dorset, were dug up. They were moved up to the yard. They were loaded onto a shiny silver lorry, and they were driven away.

Actually they were driven away to my good friends Architectural Plants - my mentor Angus White, the boss, came down to orchestrate. We had Barney, the human digging machine, and his pals do the grunt work of digging them up, while Pete and Andrew brought the most enormous JCB to the party. Darcey the dog looked on. There was much mud. 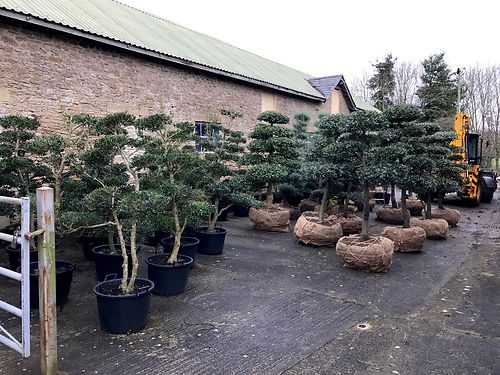 And my nursery? Depleted of holm oaks - but that will give me more time to tend to the pines...