Back From Japan - a tale about Mr Oosumi. 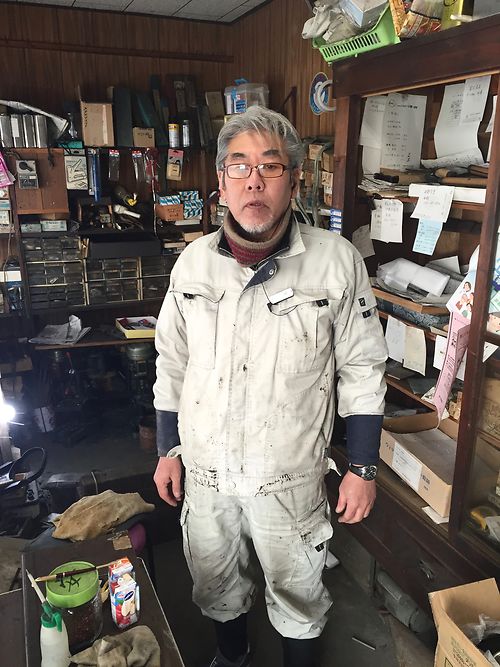 Fresh back from Japan, and I could post loads of beautiful garden photos, and loads of extraordinary pruning pics, but you can follow me on Instagram or Facebook for all that (see links in the INFO section). No, instead, here's a story about Mr Oosumi. I'd read about him somewhere, and had some time to spare, so went looking. Yasuhiro Oosumi is a Kyoto blacksmith, specialising in garden scissors.

A bracing 45 minute walk through the back streets of Kyoto, accompanied by Bob's Highway 61 Revisted on the headphones, took me to a very unpromising shopfront with no sign outisde, just a vending machine. It was still early - before nine - but inside I made out a figure, so knocked and entered. Inside I met Oosumi-san. It turned out that he was pretty much retired, and only making special orders for his regular customers, so his shop front was rather run down, but he showed me round, showed me his forge in the back, and after a bit of persistence he dug out a pair of these beautful kibasami scissors. They must be pretty much the last pair to roll off his anvil, or whatever the expression is, so I feel very fortunate. This style of scissor is used mainly in Kyoto, as a general purpose pruner, much like standard garden scissors, but I've always been fascinated by them and had never seen a pair in the flesh.

He told me how young gardeners came from all over Japan to Kyoto to buy them, and the style is to not to wear them in a holster, but to dangle them over a rope around your waist, as simply as possible. He also showed me the spinning washer, and how that was a Kyoto thing. I had to have them, of course, but didn't have enough cash on me - and here's where the story turns interesting. I said I'd try to return that evening with cash and pick up the scissors then (I had a meeting I had to rush to, so couldn't come back straight away) but he said if that was difficult and I couldn't make it back, I could send the money from England when I got home - and he gave the scissors to take away with me there and then. He even engraved them for me, 'translating' Hobson into kanji, although he admitted that it was a bit of a rushed job and it doesn't show very clearly.

I was amazed - needless to say, they weren't that cheap, and he let me walk away with them. So I rushed back as soon as I could after my meeting, paid up, thanked him, and off I went!

Here is Oosumi san in his shop front, engraving them for me: 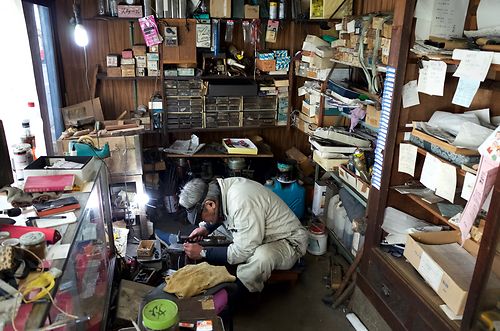 And here they are, back home: 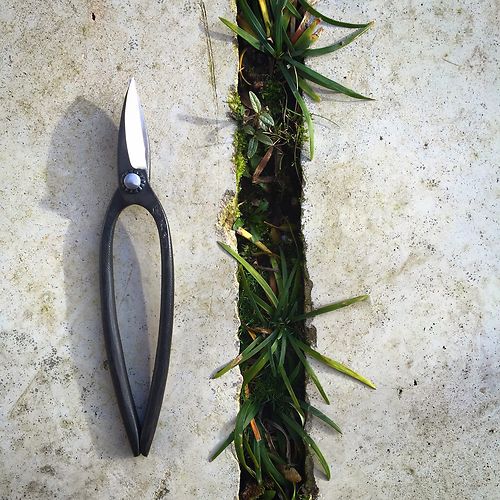