How it all began

1997. Jake goes to Japan as a wannabe sculptor, to investigate the cultural phenomenon of the cherry blossom season, hanami. There he discovers the gardens, and the trees, and vows to learn more. Back home in England, he trains as a TEFL teacher, meets Keiko, and drags her back to Japan. Year one is spent teaching, year two working at a traditional plant nursey in a rural part of Osaka, learning all about tree training, pruning and rootballing. Back home again, Jake gets work at Architectural Plants in Sussex, where he is shocked to find people using FOUR LEGGED LADDERS (Can you imagine?) Brother-in-law Haruyasu is enrolled to ship over a couple of tripod ladders (still going strong today) which together with the robust secateurs and topiary clippers Jake insists on using, cause quite a stir. And so begins the business.

What everyone starts to appreciate is that although these things are all Japanese, they work just as well in western gardens, and on a whole range of plants. Tripod ladders, it turns out, are just as useful for hedge trimming as they are for pine pruning; and of course topiary clippers work just as well on box topiary as they do on azalea karikomi. Don't be put off - you don't need to grow bonsai to enjoy these tools.

Niwaki means garden tree. Not very exciting, but it implies far more than that. Japanese gardens are landscapes, microcosms of nature, and the trees are all shaped to fit into those landscapes - there's an awful lot of artistry and cultural baggage in there too. Jake's written a book on it all, if you're interested. So, the name. Hard to pronounce (ni-whacky) and tricky to remember, but we like it because of its implications.

Almost everything in the range is stuff we use ourselves. Jake's first day of pine pruning in Osaka, he was given a pair of  garden scissors, still sharp as anything, more than a decade later.  Brother-in-law Haruyasu bought Jake his first pair of Japanese shears, and he's rarely used anything else since. Keiko uses her garden scissors in the house, for cut flowers (she never cleans them, they go rusty, and Jake has to revive them, but they're still working.) Grandpa reaches for his trusty pruning saw when he wanders off to reap havoc in the woodland... It's all good stuff, and we're proud of it.

The tagline started off as Tripod Ladders and Fine Pruning Tools from Japan, then we added the Other Great Stuff bit, and now we've reached the point where the Tripod Ladders and Fine Pruning Tools bit doesn't quite say it all, as the range expands into new areas and the simple Great Stuff From Japan sums it rather well. That's what it is: great stuff, from Japan. 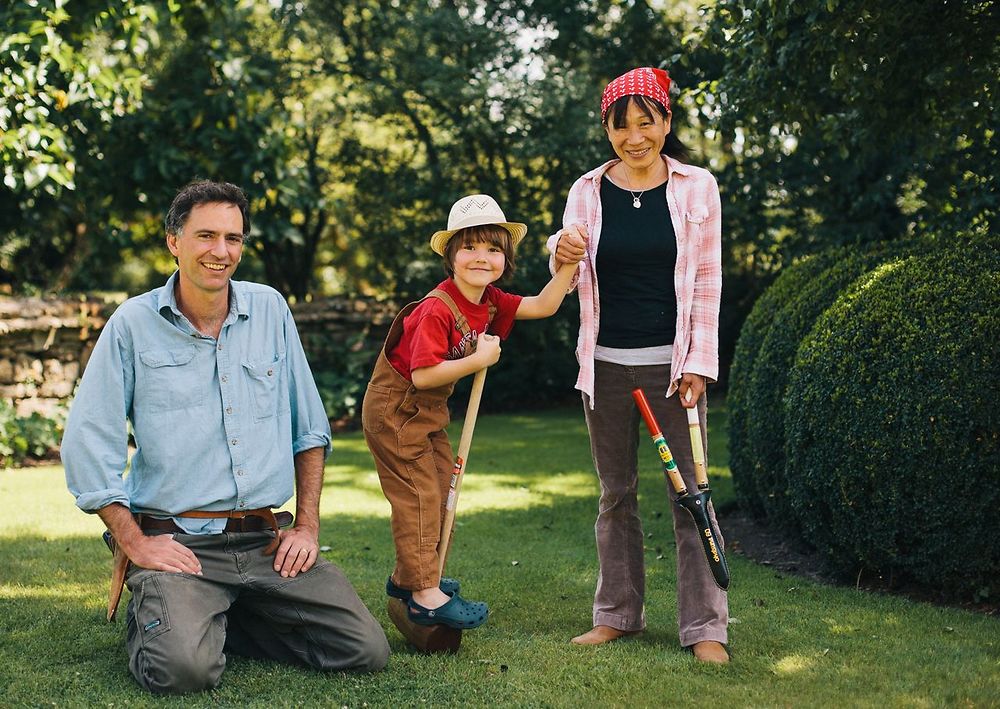