The Story Behind the Niwaki Tripod Ladder

The story behind our Japanese Tripod Ladders goes something like this:

Jake, intrepid adventurer that he was in those days, is in Japan. Why? That's another story, hinted at here, but Japan it is, working at the Furukawa nursery in a small village called Kannan Cho, near the town of Tondabayashi in Osaka. Along with the three Furukawa brothers, A-chan, Kan-chan and Ya-chan, daily duties include an awful lot of clambering about on ladders, and Jake, being the youngest, the newest, the keenest and by far the most gullible, seems more often than not to get the tallest ladder.

At this point Jake doesn't really appreciate the ladders he uses - the work itself, the language and the summer heat are his main concerns. Day one involves chopping bamboo from the bamboo grove - not puny 6' canes like we use here, but enormous poles of Phyllostachys edulis, so wide you couldn't get your hands around them, and so long that they could be cut into three stout 10' poles. These poles are then driven over to a field of olive trees (this is another story altogether: Furukawa had started growing olive trees, bought from a huge nursery in Shikoku, for sale to the new style of western gardens being built. The olives were doing their olivey thing, growing outwards but not upwards, and our job that day was to train a leader up from the middle of the tree to encourage a bit more height...) the afternooon involves Jake, right at the top of a 12' tripod ladder, tying in leaders to bamboo poles, with A-chan, Kan-chan and Ya-chan watching from below, smoking, chatting and probably having a good old giggle.

It's not until Jake is back in England that he really begins to appreciate the ladders he was using in Japan - faced with a rickety old step ladder, twisting under pressure, legs sinking into the ground, the tripod design suddenly makes perfect sense, and much to his delight, brother-in-law Haruyasu ships over a couple as a present. (One of these is still in use today, fifteen years later. The other disappeared a few years ago in rather suspicious circumstances.) While using these ladders, Jake realises that they are BY FAR AND AWAY the best ladders anywhere in the UK, and soon after, other people start realising too. Soon after that, a 20' container aboard a big boat floats gracefully into Southampton docks, and the Niwaki story begins. 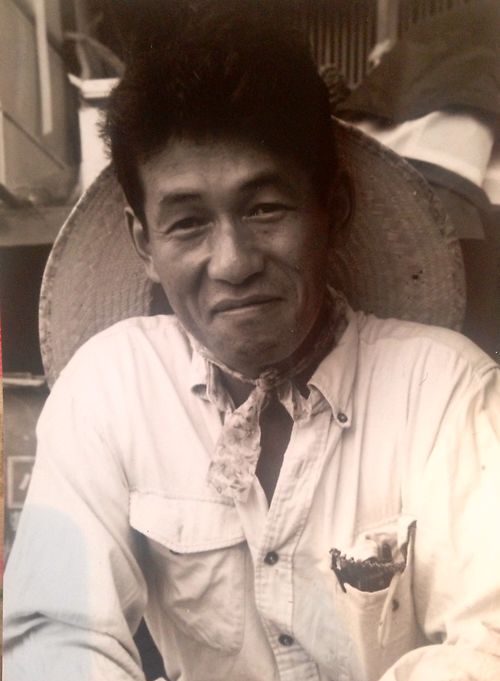 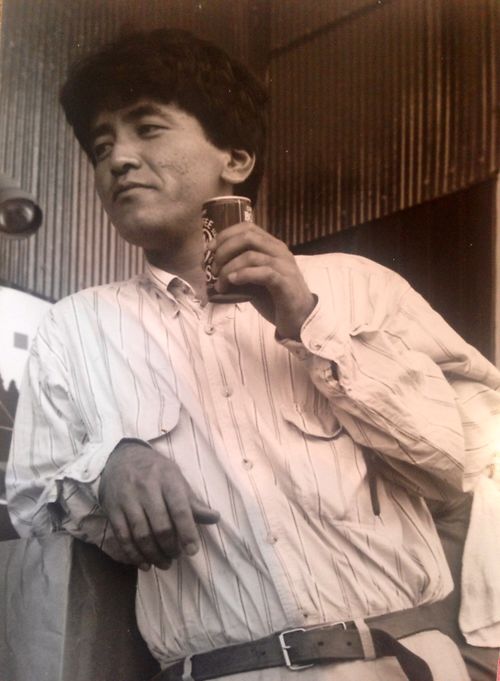