A Few days in Greece

We've been in Greece for the last few days - me on a pruning job in Athens; wife, child, Granny and Grandpa along for the ride. Amongst other things, I pruned a Pittosporum tobira, saw Phillyrea latifolia growing in the wild, did some guerilla pruning demonstrations on Aleppo pines in the mountains, and witnessed the savage vandalism of my beautiful Tobsiho shears.

Pottering about the hills, I was excited to find shrubby Phillyrea latifolia (left), growing wild amongst Quercus coccifera (centre) and evergreen pistachio (right). None of them look much, especially in this photo, but it was exciting nevertheless. 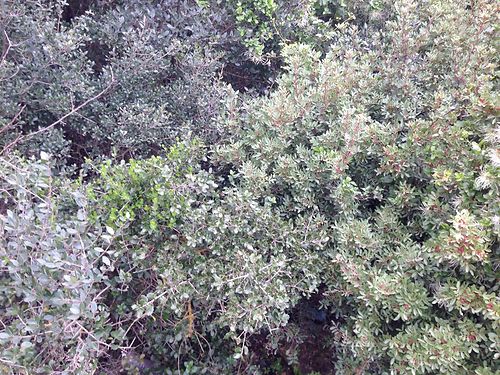 Christos, a local gardener from Athens, dropped in to see a demo on pruning I was giving on Pittosporum tobira, a common garden plant here. My tree is on the right, Christos's on the right! 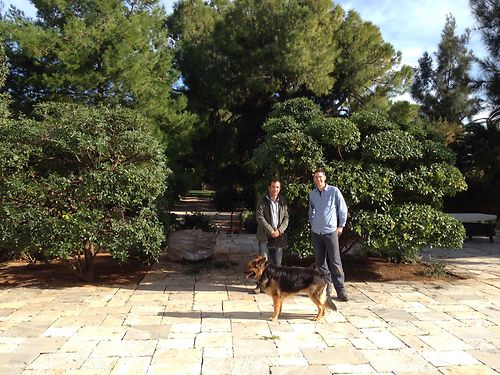 If he's looking slightly awkward, that's because earlier on he'd managed to snap the handle on my beloved Tobisho Shears. I'd passed them to him, and immediately thought I should have given him the tougher Okatsune pair and set off to my bag to get them, but by the time I got back, less than two minutes later, he'd decided to cut through an inch thick branch as if they were loppers. Tobisho shears, as every one knows, are not made for that sort of stuff. Lucky I can get them fixed. 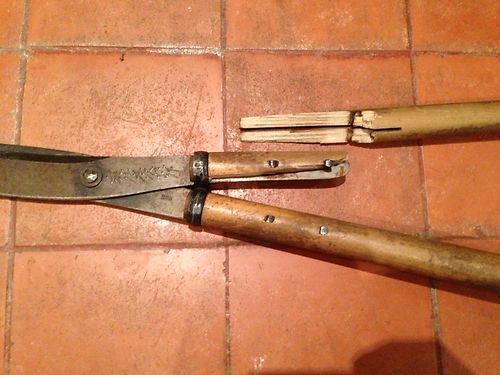 A jaunt into the mountains revealed an amazing landscape of Aleppo pines (Pinus halapensis). The notable event that day, aside from some pruning au naturelle, was the hail storm we encountered. 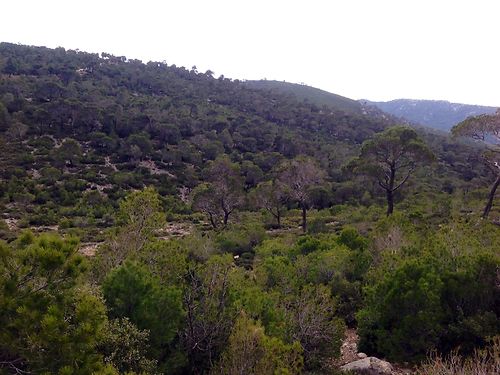