Japanese Pruning Saws are great. They cut on the pull stroke, not the push, which means the blade is under less pressure when cutting, and uses less energy, resulting in a far cleaner, faster cut. They whizz through green wood, but the blades are more fragile than traditional western saws and incorrect use can result in damage.

Use a smooth, gentle sawing action, doing the cutting on the pull, and gliding back on the push.
Don't let the weight of the branch pinch or catch the blade.
Don't twist the blade while sawing.
Don't use a small saw for a large job. Treat 1/3 of the length of the blade as the absolute maximum sensible cutting diameter.
Don't use a large saw for a small job. A 12" blade will happily cut a 1/2" branch, providing the branch is rigid - but most 1/2" branches move around a lot, and don't allow for accurate sawing. Use Secateurs or Loppers instead.
Don't blame us if you snap the blade.  Blades snap through misuse and poor handling, neither of which are covered under the warranty! 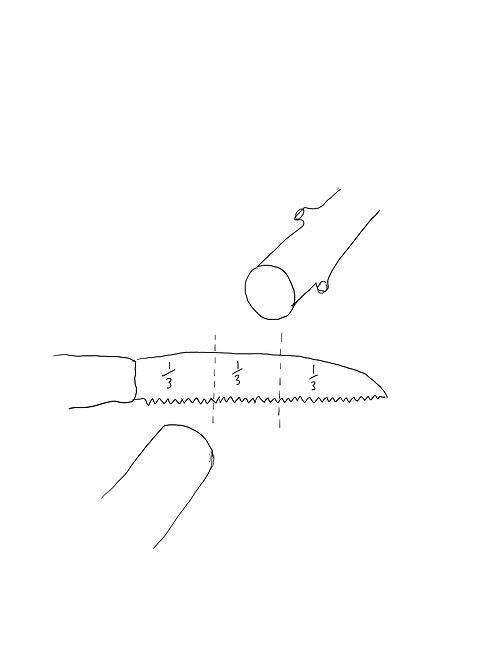