Today was lime pollarding day - just about my favourite pruning day imagainable. We have two small trees, so it's not a vast undertaking. Usually I try to get it done earlier on, berfore Christmas, because I'm a fan of  the nobbly silhouettes look rather than the shaggy but-isn't-the-bark-on-last-year's-growth-nice look, but things slipped away, and it became an April job not a Novemember one.

The job was even more satisfying than normal because today I was using a new pair of our secateurs from Tobisho, the HIRYU. Oh. My. God. So what that they're hand forged. So what that there's a hidden grease reservoir built in to them. So what that the steel is blue paper steel from Hitachi. So what that they cost nearly 200 quid. None of that matters when you're actually using them. They are absolutely amazing, and today was the most pleasurable pruning experience I have had for a long time - and believe me, oh yes, I've had a few. OK, so cutting year-old lime growth isn't exactly testing (physically or mentally - that's why i enjoy it so much) but still, this was something special. 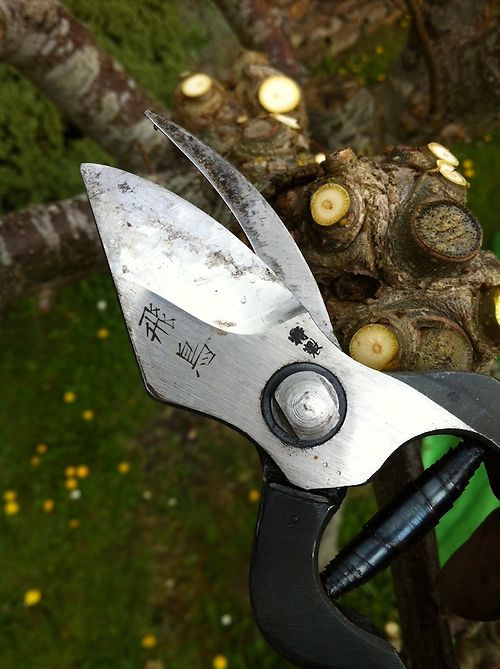 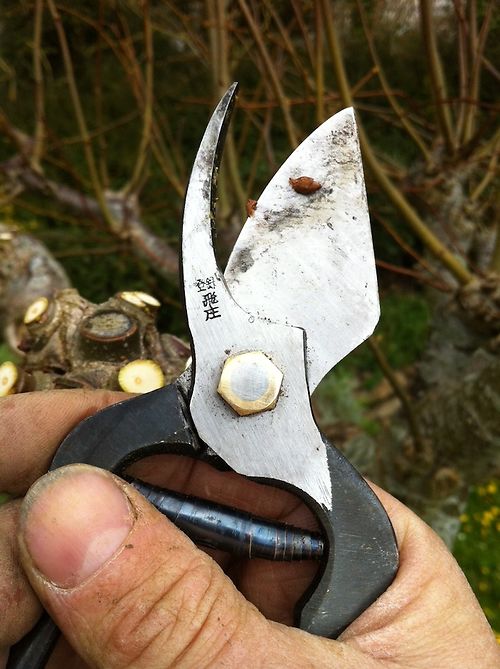