Just done some work on a hedge in Normandy - that's Normandy, Surrey, not Normandy, Missouri. Quite an established box hedge that the owner, a painter, wanted to make more of a feature of, but also to preserve its function of a border hedge between them and the neighbours. It had one or two holes in, and we decided to keep them, opening them up into striations to draw some focus to the sides. They'll grow in a bit over the summer and a clip in September should finish it all off nicely. Nothing too dramatic, but just enough to catch the eye. 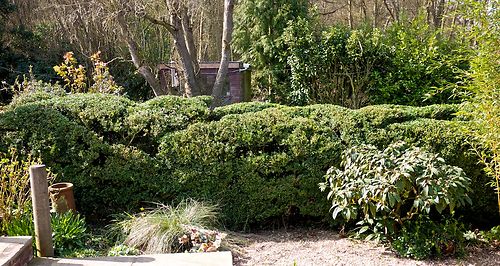